Final Fantasy XV – Too good to be true?

Final Fantasy XV has been out for almost a month and a half and has received generally positive reviews from fans and newcomers to the series. After ten long years, the Final Fantasy which we’ve all been waiting for has finally arrived! I’ve played Final Fantasy I, III, VI to XV, and other spinoff Final Fantasy games. I’m also planning to play the ones I’ve missed as soon as I have the time.

As you pop in the disc a message reads, “A Final Fantasy for fans and first-timers.” This is what the director, Hajime Tabata, wanted to show everyone. A Final Fantasy not just for fans since the beginning, but also for first-timers who have yet to enjoy the Final Fantasy series. Hajime Tabata is also the person who directed Crisis Core, Final Fantasy Type-0, The 3rd Birthday, etc. So, if you see some similarities between FFXV and these games, this is probably why.

I played FFXV on a PS4 Slim and despite not having enhanced graphics like the PS4 Pro, the graphics and in-game views were still excellent. It dropped a few frames on some cutscenes and battles but it did not really affect me that much. I loved the graphics on this game, it had detailed particles and even the food in the game looked realistic.

Personally, I think the main story was quite short. I was disappointed when I finished the main story in less than two days. The story becomes a bit linear when you reach a certain point, but before that you have the freedom to do anything you want in the game. Nonetheless, it had its fair share of twists and turns that some people (including me) wouldn’t expect.

Big names came up when they announced the game’s soundtrack. Yoko Shimomura (Legend of Mana, Kingdom Hearts), Florence + the Machine, and many more. They also featured some of the past Final Fantasy soundtracks when riding the Regalia. Hearing these made me reminisce the old Final Fantasy days and I became ecstatic when I heard these for the first time in the game.

As much as I like Final Fantasy combat, I couldn’t help myself but be disheartened by this one. You’d just have to input some buttons to finish a battle and warp-strike points were fixed. Imagine Crisis Core combat but much less depth. In Crisis Core, the button inputs were good but here it felt off. You would also need to change equipment every now and then to adjust to the needs of the battle because you have limited slots available. I would have preferred the Active Dimension Battle (ADB) which they used in XII.

A few hours into the game and you’re left open with a vast world with tons of sidequests and mini-games. You could roam around as you please and learn a lot of things just by talking to random NPCs that you can find pretty much anywhere in the game. Post-game also has numerous things you can do. You can finish up dungeons that you haven’t finished and collect the best weapons and armors that the game can offer. There’s also a post-game dungeon that you can finish while doing all these things. This game won’t disappoint when it comes to content, it has what a Final Fantasy fan would ask for. 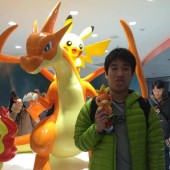 E3 2017: Highlights From the Microsoft Conference